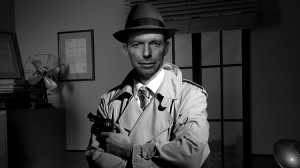 Perhaps inspired by television, Tony Abbott has admitted that the Liberals have been employing a “Good Government/Bad Government” routine on the people of Australia.

The strategy was originally a favourite of television police dramas, in which a “bad cop” used heavy-handed tactics to put a suspect into a state of fear before a “good cop” offered a lifeline, implying they could restrain the “bad cop” from inflicting further trauma if the suspect cooperated.

“The budget really should have been the first clue that something like this was afoot,” stated political commentator Laurie Oakes on the ABC’s Q&A program last night.

“No government would have seriously put forward such a draconian set of measures and expected people to be at all at ease with them,” he stated.

“I can’t believe I missed it at the time. In hindsight it’s obvious.”

“We should now expect a raft of negotiations and compromises, the ultimate effect of which will be to reduce the severity of the measures introduced in the May budget and in the months following it.”

The Greens’ Scott Ludlum agreed with the analysis and admitted it was an effective, if morally questionable, tactic.

“Once the public had mentally processed the horrors of the budget, Good Government would take over and promise to reduce or remove many of the harshest measures, resulting in increased support.”

“It certainly explains a lot of the Orwellian behaviour I’ve seen from people such as George Brandis over the last few months.”

“Hopefully that will now cease and we can have some proper conversations on matters such as metadata retention.”

Mr Abbott made a brief appearance at a press conference this morning where, after handing out lollipops to the press corps, he received questions amicably.

When asked about the possible use of a “Good Government/Bad Government” strategy, he nodded enthusiastically.

“Well spotted. Yes – and may I say, that’s a handsome tie you’re wearing this morning, Julian – that is indeed the strategy we’re working on. An excellent question and well phrased.”

“We will, of course, immediately release all the immigrants currently being detained in our various processing facilities. I can’t believe the public honestly thought we’d be going through with all that! Terrible stuff, indeed. No, they’re all free. And all the companies that have been forced to close due to the decisions we’ve made, they’ll all be opening back up again.”

“Education and health funding is being restored, we’re no longer expecting young people to work for nothing, and, of course, there will be no GP co-payments.”

“We were particularly proud of that one. Joe and I laughed like drains over that one. As if we’d touch Medicare!”

However, Treasurer Joe Hockey did deliver a brief warning to the assembled journalists while Mr Abbott was off picking flowers.

“Sooner or later, Good Government’s going to turn it’s back or leave the room, and when it does…,” he trailed off menacingly, shaking a fist.

“You’d better agree to my budget measures while Good Government’s around, or else.”

“It’s a nice country you’ve got here. It’d be a shame if anything happened to it.”