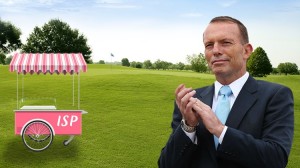 Golf Clap: the business of links

The Labor party has backed a move by the government to curb piracy by blocking the entire internet.

The legislation, which will force Internet Service Providers (ISPs) to prevent their customers from accessing the internet in any way, passed the Senate 37 votes to 13, with the support of the Labor opposition.

A 2014 inquiry found that 100% of online piracy occurred on the internet, and legislation was immediately drafted to remove this as a source of illegal material.

Passage of the legislation was delayed until season five of Game of Thrones had finished airing, as key members of the Liberal party did not have Foxtel and did not want to wait for the DVD release.

During the deliberation, Greens communications spokesperson Scott Ludlam made the point that the internet was used for other things aside from piracy, which Attorney General George Brandis dismissed as a “typical pirate apologist argument”.

John Stanton, CEO of the Communications Alliance, representing Australian ISPs, expressed a grave concern about the effect of the legislation on Australian internet providers.

“If Australian ISPs are not allowed to provide internet access to their customers, it raises the question of what their new role will be,” he said.

He warned that the passing of the legislation could result in the loss of thousands of jobs nation-wide.

Communications Minister Malcolm Turnbull suggested that it was closed-minded to assume that the “I” in “ISP” could only stand for “Internet”.

“They could become Interesting Service Providers, which really opens things up for them, or Ice-cream Snack Purveyors, or even Idiosyncratic Snail Popes.”

“I don’t know what that last thing is but it just proves that the possibilities are endless.”

Mr Ludlam also raised the question of how business and trade would be affected without access to the internet.

Mr Turnbull stated that business deals would be arranged in the same way they were before the invention of the internet: during rounds of golf at the country club.

He then recommended additional funding for the construction of dozens of new golf courses around Australia to encourage business growth in a post-internet era.

Tony Abbott, as newly-minted Minister for Business Recreation, assured Parliament that money would be found for appropriate expansion, and that it would be tied in with the replacement of the NBN (National Broadband Network) with the resurrection of the Liberals’ OBN (Old Boy Network).

Mr Ludlam insisted that more research would need to be done into the full effects of the legislation.

Mr Abbott and Mr Turnbull assured him that they would do some rough searches when they were next on the links.