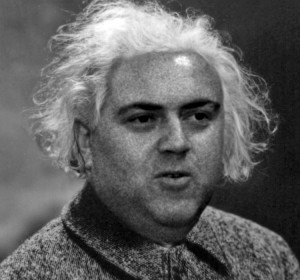 Treasurer Joe Hockey has been credited with discovering a new field of economics, Quantum Economics, in which an economy can simultaneously be in crisis and not in crisis.

Ever since delivering his budget in May, Mr Hockey has referred to a supposed economic crisis to justify the need for new taxes and cuts to social, health and education programs.

However, Mr Hockey has now told New Zealand political current affairs show The Nation that “There’s no crisis at all in the Australian economy.”

When asked about the apparent contradiction on the ABC’s Q&A, Mr Hockey stated that Australia had entered a previously unknown “quantum economic state” in which the economy was simultaneously in crisis and not in crisis.

Mr Hockey has been showered with praise by economists around the world following the revelation, with many stating that Hockey’s discovery represents the greatest leap forward in economic theory since Adam Smith published his treatise on free market economics in 1776. Some have even called for Hockey to be nominated for the Nobel Prize for Economics.

Australian economists have so far seemed unsure how to react to the so-called “Schrödinger Crisis” and have been hesitant to specify how it might affect their economic forecasts.

“What we know for sure is that things will only get worse — and better,” stated Stephen Koukoulas, a former Treasury Department economist. “The immediate result of Mr Hockey’s revelation was a swift upturn/downturn and it’s now looking like the economy soon will be plunging to new heights.”

The Liberal party has shown strong support for the principles of Quantum Economics, particularly in their practice of voicing support for various social and scientific ventures while simultaneously cutting their funding.

It’s understood that Mr Hockey is now working on developing a tax which is also a cut, a grant and a welfare payment, and which will simultaneously deliver support payments to low income earners, a boost to industry and the arts, increased revenue to the government, and free puppies to unhappy children.