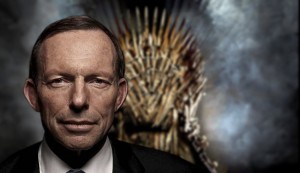 Following the suggestion from some politicians (Social Services Minister Kevin Andrews; Liberal Party MP George Christensen) that people who receive government welfare payments should be subject to ongoing drug tests, there have now been calls for politicians’ salaries to be “mean tested”.

Greens senator Christine Milne this morning stated that some of the ideas that have come out of Canberra lately have been “nothing short of brutish,” and has proposed that politicians’ salaries be tied to their meanness levels.

“We feel this is the right sort of driver,” Milne said today. “If you lower the age pension, reduce veterans’ benefits, scrap funding for kids’ recreational facilities, or lock refugees up, your salary should go down.”

Milne said that a special taskforce had been tracking the meanness of various politicians, and could provide suggestions, based on their recent behaviour, on what their annual salaries should now be.

According to figures from the Meanness Equity Assessment Taskforce (MEAT), most Liberal MPs would now be earning between $30,000 and $55,000 per annum, though some would be considerably worse off than others: Scott Morrison would be down to $12,200, and Joe Hockey would now be earning $1260.90 per year.