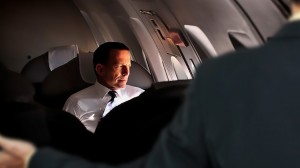 Prime Minister Tony Abbott has been branded an “overgrown man-child” for appropriating seats from Labor MPs while travelling on his private jet to attend a bipartisan political event in Sydney.

The event was held at Western Sydney’s Rooty Hill RSL in June.

Before the Prime Minister’s flight, Opposition Leader Bill Shorten asked Mr Abbott if he, an adviser, and three of his MPs could catch a lift to save taxpayers’ money.

The Prime Minister agreed but once everyone boarded the plane, Mr Abbott ran to all the seats, bagsing them for himself and his Liberal MPs, leaving the Labor faction nowhere to sit.

When Mr Shorten attempted to sit in one of the bagsied seats, Mr Abbott warned him that if he broke the bagsie then that meant that he was a princess.

Mr Shorten then attempted to ascertain the length of time for which he would be a princess, which Mr Abbott initially assured him would be “until the end of the world,” but one of Mr Abbott’s advisors clarified that the duration would more probably be “infinity-plus-one days”.

Mr Shorten then crossed the floor as there was less sun glare on the other side of the cabin.

A spokesperson for the Prime Minister’s office noted that many requests for Mr Abbott and members of the Coalition to travel on Labor’s flights were declined during previous governments.

“What I’m saying,” the spokesperson stated, “is that Labor started it.”

Rumours have since surfaced that Mr Shorten attempted to pull Julie Bishop’s hair in retaliation and suffered a serious incision to his hand.

Neither Mr Abbott’s nor Mr Shorten’s office could be reached for further comment.