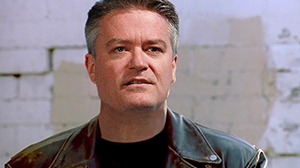 Finance Minister Mathias Cormann has added another string to his bow with the publication of a formal treatise on the taxonomic categorisation of Girlie Men.

Cormann made headlines earlier this week when, in an interview on Sky News last weekend, he called Bill Shorten an “economic girlie man,” apparently a play on the term often used by California Governor Arnold Schwarzenegger to characterise his opponents in the state legislature.

Shorten initially dismissed the attack as being “juvenile”, “sexist” and “disgusting” but now concedes it was a neat marketing ploy.

“We weren’t aware at the time that Mathias was planning to launch this new book of his, so I responded in what I thought was an appropriate manner to his remarks,” said Mr Shorten this morning. “Now, of course, we can see that it was in fact a cleverly planned bit of advance publicity.”

Cormann’s book names and categorises more than 60 types of Girlie Men in a complex taxonomy, with primary branches such as Political (Politica), Social (Socialis) and Economic (Economia).

“Interestingly, though,” Cormann said at his launch interview this morning, “Bill could also arguably be classified as Politica invertebrata, or “Spineless Political Girlie Man”.

“It’s actually a very complex area of study and I’m hopeful that my work will really open it up to public understanding.”

Rumours abound that Prime Minister Tony Abbott is likewise planning the publication of a reference on shirtfronting techniques and those best to employ against various world leaders.

Curiously, it’s understood that Mr Abbott also features heavily in a forthcoming book by Russian President Vladimir Putin, although Mr Putin has been somewhat coy on the matter.

“Not so much a book,” he has been quoted as saying.