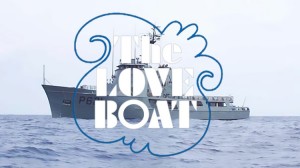 Speaking to radio station 3AW on Thursday morning, Prime Minister Tony Abbott confirmed that a group of refugees had won a free holiday in a new Australian Government lottery.

“Sri Lanka is lovely this time of year,” Mr Abbott stated, “and we were pleased to give these people the opportunity to have a nice holiday somewhere peaceful.”

The winners are understood to be, coincidentally, a group of Sri Lankan Tamils who arrived in Australian waters seeking political asylum.

“I understand Sri Lanka has recently been open for the wrong kind of business: the civil war business. But I’ve been assured by their government that everything is fine now, that there is no more violence and there are no more deaths.

“The person I spoke to there said that the government and the police were now focused on openness and transparency. At least, I believe that’s what he said; the line was quite bad and there was some screaming.”

The lottery winners will receive an all expenses paid cruise to international waters, where their boat will be greeted by an honour guard and escorted to a luxurious, undisclosed location. It’s understood that complimentary accommodation and an extensive activities program will be provided.

“These people have obviously been through a lot, and I’ve been told all about the facility where they’ll be staying and it sounds wonderful,” said Mr Abbott. “I’m sure if they had the option, they’d never leave.”