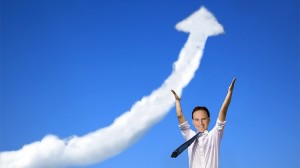 Hunt: It’s all about what you put out.

The Liberal government’s repeal of the carbon tax seems to be having the desired effect, with emissions from Australia’s electricity sector rising significantly and a record rise in emissions predicted this financial year.

In the four months since the tax’s repeal, coal’s share of the energy generation market has risen 7%, to 77%, and an analysis of the National Electricity Market (NEM), which covers about 80% of Australia’s electricity consumption, has shown its emissions will rise 9-10% in 2014-15 compared with 2013-14, the equivalent of an extra 14 million tonnes of carbon dioxide.

Ian Macfarlane, Minister for Industry, has touted the sudden boom in emission levels as evidence of the effectiveness of Liberal policy.

“We all know that increasing the productivity of our industries is a good thing. With the scrapping of the carbon tax we’ve now helped our coal-fired energy sector record some of the biggest growth figures in the world.”

“Not to blow our own trumpet too much, but Australia’s carbon emissions are soaring at a time when most other countries’ are in sharp decline. Once again, Australia seems set to weather this storm far better than everyone else.”

Greg Hunt, Minister for the Environment, has predicted further success for the Liberals’ policy.

“Direct Action will ensure that we will continue to see rises in emission levels for years to come. Labor’s irresponsible policies would have resulted in crippling shortfalls which would have left us years behind the rest of the world. Now, with Direct Action in place, Australia is set to lead once again.”

“We’re seeing many countries, such as Germany and China, heading toward a complete removal of brown coal from their energy markets, which seems incredibly foolish. It’s not at all clear to me how they intend to keep their emissions at competitive levels in years to come. This is not a trap that we will fall into.”

Mr Macfarlane credits much of the success of the policy to the advice given to the government by representatives of the coal industry.

“Those guys are great,” enthused Mr Macfarlane in a 2UE radio interview yesterday. “They really had some fantastic insight and brought a lot to the table, such as flattery and free doughnuts.”

“We all had a meeting and the coal guys pulled out a big chart with a wiggly line that was going down, down, down. There were sad faces drawn on the chart and everything. It was pretty distressing.”

“I’ve been in politics long enough to know that a wiggly line heading in a downward direction is bad. I asked what we could do to reverse the trend and they said, ‘burn more coal’, and by golly, they were right on the money. Now it’s upticks and smiley faces all round.”

“They even gave me a gold star for being such a clever boy. And I mean a real gold star; it’s worth quite a lot of money.”

Mining industry executives refused to allow the media to see the influential growth chart, claiming it was currently on loan to the tobacco industry.

Mr Hunt has stated that these measures are only the first step in a long-term plan to grow Australia’s emissions heading further into the 21st century.

“We are calling on every Australian to do their part. This is something that we are all part of.”

“In all seriousness, please: keep a light burning for Australia.”