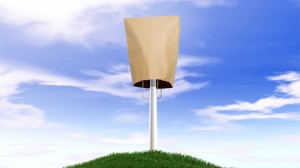 The ugly future of energy?

Australian energy experts have backed up Joe Hockey’s assessment that wind-generated electricity may not be pretty enough to be added to the national grid.

In May, Mr Hockey stated he found wind turbines to be “a blight on the landscape” and “utterly offensive”; he has now opined that the sight of wind turbines around Canberra’s Lake George makes him “appalled at a beautiful landscape ruined.”

Professor Martin Green, winner of the 2010 CSIRO Eureka Prize for Leadership in Science, confirmed that more attractive methods of energy generation should be sought out.

“Although renewable energy sources have many benefits, such as decreasing our dependence on fossil fuels, reducing atmospheric pollution and slowing the human contribution to climate change, growing the energy industry, encouraging foreign investment in Australia, creating jobs and, in the long term, reducing the cost of energy to the consumer, we are faced with the inescapable fact that some people don’t think they look very nice.”

“It’s a kind of Catch-22 situation: our use of renewable energy makes the air cleaner but this simply makes it easier to see the wind turbines — and for some people, that’s undesirable.”

“It’s very forward-thinking of Mr Hockey to understand the full ramifications of the decision to integrate wind turbines with the national grid. Many countries in Europe, and now China, are – perhaps somewhat foolishly – rejecting coal-fired energy production and putting up hundreds of these weird-looking machines all over their landscapes. The fact is that the jury is still out on the long-term effect of having electricity generated by things that look… Shall we say, a bit different.”

Evidence suggests that consumers have so far not experienced any problems using electricity generated by wind, but an informal poll carried out earlier this year by Joe Hockey found that in the Awesome Male Politician demographic, wind power was considered to be “stupid, ugly and bad of smell”.

One of the projects listed in Tony Abbott’s Direct Action plan is to investigate the harnessing of hot air from beautiful Hollywood celebrities, in the hopes that it will produce a more attractive and more powerful “super energy”.

“It’s important not to lose sight of the bigger picture,” Mr Hockey stated yesterday. “Wind turbines may be doing some good, but they are also seriously messing with my view when I drive to work. I know that not everyone will be able to understand the importance of such a thing; poor people, for example, who don’t drive and wouldn’t have a workplace to drive to even if they did, would not know what I’m talking about. They’ll just have to take my word for it.”