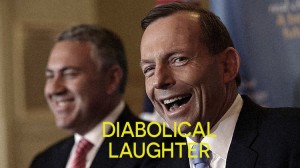 Minister for Immigration, Scott Morrison, has announced stricter criteria for refugees applying for asylum on the basis of fear of torture.

The first change, as revealed by Mr Morrison today at a press conference, is that applications will be judged according to a formula known as the Morrison Inquisition, the equation being defined as:

If the result is greater than 12, the application will be rejected.

On the off chance that an application manages to pass the Inquisition, the applicant will be subjected to a test of their knowledge of Australian culture. This will take the form of a round of Trivial Pursuit using questions taken from the monthly Liberal Party pub quiz, which includes categories such as “Parliamentary Expense Classifications”, “Margaret River Chardonnays” and “Famous Anti-Gillard Slogans”.

Mr Morrison stated that these new measures, as well as others still under consideration, would ensure undesirables and illegals were kept out of Australia; at least, those who didn’t have the money, resources, connections and cunning to pick a better method of entry than a leaky tub floating aimlessly on the open sea.