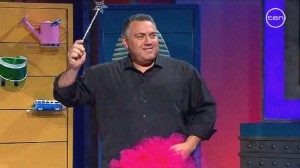 An amendment has been made to the Liberals’ May budget to increase the number of hours in the day for unemployed youths, following the news that they will be required to apply for 40 jobs per month.

Under the proposals put forward by the budget, job seekers aged under 30 will not be able to receive unemployment benefits for six months after applying for them. Despite not receiving any money during this time, they will be required to prove that they have applied for 40 jobs each month, and failure to do so would result in their benefits waiting period being extended by four weeks.

Following suggestions by Labor and the Greens that the amount of time required for job search activities would exceed the number of waking hours available, the Liberal party has agreed to increase the number of hours in young job seekers’ days from 24 to 26.

There have also been complaints from the business sector that the large number of job seekers — youth unemployment has now hit a 12-year high of 13.1% — will mean that companies will be spending more time conducting job interviews than producing anything.

When this concern was raised with treasurer Joe Hockey at a press conference today, he responded by going to his Happy Place, where all the questions have easy answers and no-one ever complains about being poor.