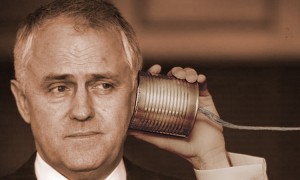 An update on NBN Co’s 2013 strategic implementation review has revealed that the Liberals’ cheaper version of the NBN may be at risk due to, amongst other things, a lack of Morse Code telegraphers.

The previous Labor government’s implementation of the NBN was much lambasted in a December 2013 review which revealed that the final cost would probably blow out to AU$73 billion. The report also estimated that the network would not have been completed until mid-2024.

The Liberal NBN has an estimated cost of just $86.20 but only comes in a bright orange colour. Various other sacrifices have also been made in the speed and reliability of the network’s infrastructure.

The planned Liberal NBN calls for a combination of “wire-based, radio-based and avian-based communications technologies”. One of the primary alterations to the Labor design is the use of PttN (Pigeon to the Node) and TttP (Telegraph to the Premises) technology, whereby message capsules dropped by an avian delivery system at the local network node are converted to Morse Code for transmission to customer premises, where they are lost entirely.

However, it seems as though implementation is now being put at risk by various supply issues, most notably a lack of trained Morse Code telegraphers and a shortage of string.

It remains to be seen how well the Liberal plan can adapt to these new limitations, and whether this will cause a cost blowout.

Communications Minister Malcolm Turnbull, who is currently trialling the new NBN, could not be reached for comment.