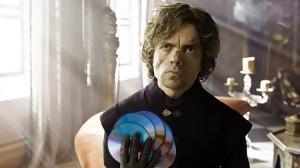 Game of Clones. Pirated copies, that is.

Following the revelation last week that the hit TV show Game of Thrones is now the most pirated show in history, Communications Minister Malcolm Turnbull has stepped forward to outline the role the Liberal NBN (National Broadband Network) will play in reducing online piracy.

The show’s season four finale was downloaded approximately 1.5 million times in the 12 hours after airing, and it’s estimated that as many as 500,000 Australians will watch the episode illegally.

Mr Turnbull stated that while various piracy solutions had been tested both here and overseas, the Liberal’s NBN provided an anti-piracy measure that was impossible to work around.

“Media publishers and broadcast networks have tried all manner of technical solutions and none have been foolproof; they can all be bypassed by various means. But our NBN implementation will provide an effective deterrent: the network speed will be so slow that it will be considerably quicker and less frustrating to wait the six months for the DVD to be released and purchase the shows legitimately.”

Media publishers have responded positively to the news, calling it, “a much-welcomed glimpse of the future”.

“We see this as the only sure way to protect our intellectual property,” stated one industry executive who wished to remain anonymous. “I am aware of significant plans to lobby the government to decrease the coverage and speed of Australia’s internet connectivity in order to protect our local industry, but the new Liberal NBN implementation has now solved the bulk of the problem for us. Our ultimate goal is for Australia to be disconnected from the internet altogether — its only real use is piracy and we can’t see why it should be maintained.”

Mr Turnbull made the point that the new NBN would also increase online security by reducing the spread of computer viruses, and would reduce the frustration caused by spam email.

“Now everyone can have the same frustration-free experience I have whenever I check my email: a nice, clear, empty screen. Of course, as Communications Minister I’m a little ahead of the curve: I disconnected my computer from the internet three months ago. The Prime Minister didn’t even connect his up in the first place. In fact, he burnt his computer when his office was a little chilly one day back in January.”

“It’s the kind of smart, practical thinking you want in someone who will lead us into a bright, analogue future.”