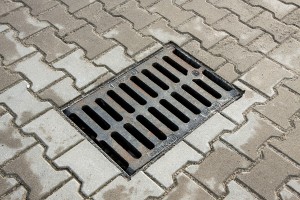 Shock at South Australia’s Department of Planning, Transport and Infrastructure this morning when news hit that the Department’s entire 2015 budget for the improvement of public transport had been accidentally lost down a sewer drain.

The 2015 budget funds, in the form of a fifty cent piece and a twenty cent piece, were being transported to Roma Mitchell House by the Minister for Transport and Infrastructure, Mr Stephen Mullighan MP, when he accidentally dropped it.

According to a statement released by the Department soon after the incident, “The Minister regretfully states that he removed the money from his jacket pocket in order to admire it when he stumbled on an uneven section of pavement and dropped it. It then rolled along the street and, unfortunately, fell into a sewer grating.”

Minister Stephen Mullighan seemed at a loss when interviewed by media this morning.

“What are the odds?” he asked rhetorically. “I mean, both coins rolling like that? You wouldn’t credit it.”

Questions are now being asked about the appropriateness of the placement of the sewer grating.

“It’s not that I blame the sewer grating,” stated Mr Mullighan, “All I know is, if it hadn’t been there, we’d still have our public transport funds.”