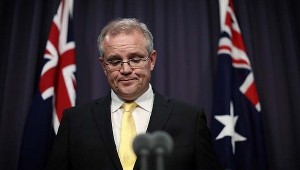 Immigration Minister Scott Morrison yesterday publicised the findings of an independent report into the February 2014 violence on Manus Island that left one asylum seeker dead.

The report suggests many changes, including better fencing and lighting and additional CCTV security but the primary recommendation put forward is that security personnel “should seek to reduce where possible the frequency and severity with which they beat asylum seekers.”

A spokesperson for G4S, the private security company tasked with much of the security work on the island, stated that the asylum seekers were not easy to look after and that a reduction in asylum seeker beatings may well prove “impractical”.

“You’d think they’d be grateful, not being at risk from the violence in their own countries, but they’re not. You lock them up to keep them safe, turn off the heating so they don’t get too hot, take away their medicine so they don’t accidentally overdose, and what do you get? Nothing but grief and complaints. Sometimes our staff are required to defend themselves from their coordinated and deadly attacks. Especially the kids; you’ve got to keep a sharp eye on them or they’ll be at your ankles.”

Following the publication of the report, a G4S manager admitted that various humanitarian groups had previously suggested a reduction in beatings but that he thought they were “just making conversation.”

Mr Morrison made assurances that the recommendations put forward by the report would be seriously considered for as long as the media continued to show interest in the issue.